Mardi Gras has passed us by once again, but I enjoyed the numerous parades that prove that the Gods are alive and well in New Orleans!

Oshun is the Loa of love, sexuality, water and fertility. She is a powerful female presence. The first year I lived in NOLA, I wasn’t overly impressed with this parade. Five years later, this krewe has come a long way! This year they put on a beautiful parade that ended up being one of my favorites.

Their parade was dominated by “goddesses,” beautifully be-feathered and be-jeweled ladies that represented tranquility, love and other feminine qualities. 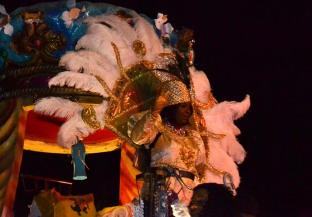 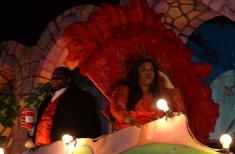 This parade was also really special because there was a group of Baby Dolls. Baby Dolls were a krewe of African American women whose origins are based in prostitution in the 1800s. African American women were not allowed to work in the legal prostitution district of Storyville and so they dressed up as baby dolls to attract attention. Even after prostitution was made illegal, the Baby Doll tradition continued. The tradition had died out for many years, but has recently been revived by women who are drawn to the history of these strong women. 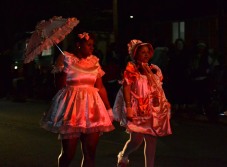 There were many great sights in Oshun! 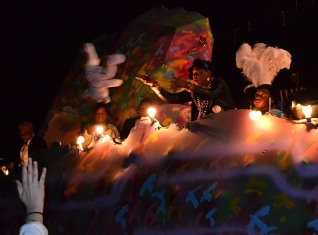 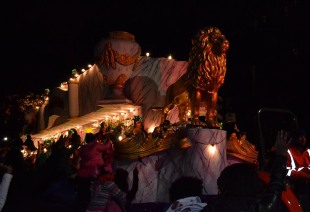 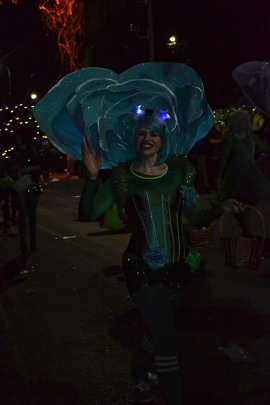 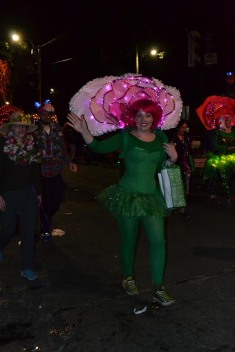 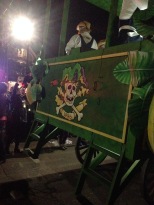 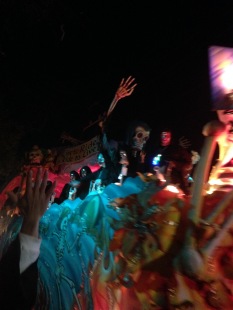 All photos copyright of Lauren DeVoe. Please do not use without permission!