Dia de los Muertos is a big deal to a lot of people in New Orleans. Traditionally a Mexican holiday, Dia de los Muertos is a Latin American celebration where people take time to remember and leave offerings to their family members. For me, this fits perfectly into Samhain. A friend and I took a pilgrimage to a grave site of someone we both had issues with. She had recently died and we realized that we needed a more formal ending to the relationship. We spent some time on the grave talking about the upset she had caused, the legacy she left behind and how we wished her a more peaceful afterlife and that we hoped she had left the burdens of life behind her. That evening, I walked in the annual Day of the Dead parade down in the Bywater. I took a lot of photos and I thought that I would share some with you. Enjoy!

Me before the parade 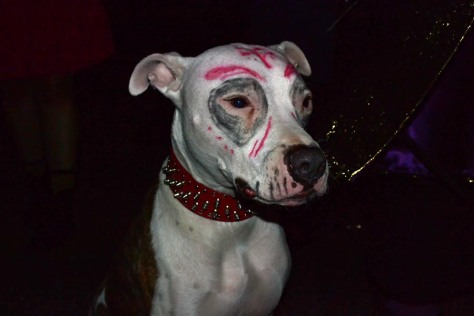 Even the dogs masked! 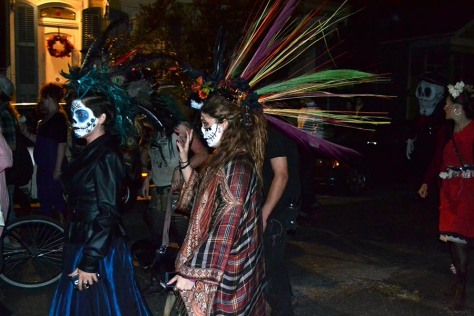 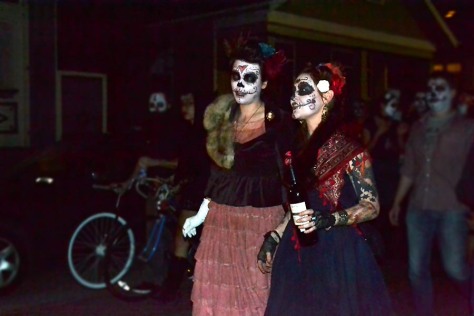 Public Day of the Dead altar on Burgunday St.

Me worn out and sort of sweaty at the end of the parade.

*All pictures are copyrighted by me, please do not use without permission.