Sometimes I am torn between keeping silent, and speaking my mind. I have decided in this case to speak out.

The last few days have seen an article called Lessons in Modern Witchcraft, Minus the Broom circulating around the Internet, touted as an example of good press for Wicca. (Let us put the emphasis on the fact that this school is claiming in the article to teach Wicca and not Neo-Paganism or any other Pagan path).

When I first started blogging I wrote another blog about this same school of witchcraft in New York. Now, after studying Wicca for over a year and earning my own initiation, I would like to reiterate my thoughts.

I find the idea of charging money to students whom you plan to eventually initiate absolutely abhorrent. I feel even more strongly about this than I did a year ago.

Teaching a basic Wicca 101 class at a festival, Pagan store or public event? Then yes, the teacher has every right to charge for the teaching. In this scenario, someone is performing a one time service, sort of like performing a wedding or a funeral, and (one assumes) no secret teachings will be shared. This is not a case where you are connected to the teacher, or they are charged with teaching you the mysteries of the Crafts. They have made no promises to you and you have made no promises to them. In this scenario, buyer beware.

Does the teacher need to rent space for the class or need materials? Then yes, again, it is appropriate to ask students to help chip in the money for these things. But there should be honest disclosure about those costs in the very beginning. When you first start talking to a teacher, these costs should immediately be a part of the conversation. There is no stigma to charging an honest, proportionate fee for rental of a space. (My partner and I teach out of our home. We invite students into our private space to avoid expenses like this).

But asking for money for the teaching itself? Charging students that you will be escorting through the mysteries of the various degrees of a tradition? No.

A lot of people like to argue that paying for teaching Wicca is like paying for a college class, as this article does. This is not like going to college, this is not like buying a service. This is someone who is going to bring you through the veil; this person should not be doing this based on a financial transaction. This student/teacher exchange has nothing to do with money.

In traditional Wicca, teachers do not charge to teach the Craft. Oaths are taken about this.

Anyone who is charging to teach traditional Wicca is selling something other than Wicca. And I think that this article proves some of this.

“Let’s begin,” said Arlene Fried, another instructor, who sat behind a folding table that had been transformed into an altar, complete with candles, a chalice, a black-handled knife and a tiny caldron.

“Which of you can tell me what that star around your neck is called?” Ms. Fried said.

“It gives us protection against anything negative or evil; it’s kind of like a cross for Christians,” Ms. Monzon said, staring into her notebook as she spoke. “The top of the star represents the spirit. Each of the other points represent an element: earth, air, fire and water.”

I am horrified all over again by this school.

According to their website, they even charge an annual fee and a monthly tithe once you belong to their “temple”.

I am slightly relieved after digging further into their website (which on the Home page is covered in the word Wicca), to find that they are not actually traditional Wiccans. They say that the temple, “at its core, teaches a practice based upon many traditions. This core tradition has been conceived by two eclectic witches, by harmonizing and synergistically blending time honored tradition(s) into practical modern based witchcraft.” But most of their web page (and the article) cries that they are teaching Wicca. I see this as false advertising and feel bad for anyone who is seeking actual Wicca. 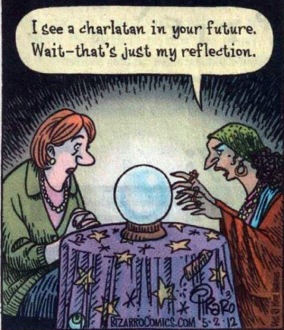 If you are seeking a traditional Wiccan initiation, do your research. Talk to the teacher in question. Seek other members of your Pagan community out and ask about the teacher’s reputation. Once you are initiated, the person who initiated you is your reference, they are your lineage, they are your proof of having done the work and gone through the training. At that point, anyone may call them and ask them to vouch for your initiation. Any traditional Wiccan teacher will immediately tell you (if you are discussing becoming their student), who initiated them, and they will not charge to teach you the Craft. This also goes for sexual or other “favors”. Any teacher who wants something so mundane for passing the Craft on is someone should be avoided like the plague. While a great deal of the Pagan community these days does not see the value of initiation, this is an example of where that lineage is necessary.

I hate that “schools” like this are becoming the proof that Wiccans are mainstream. Teachers like this are unethical. And as a traditional Wiccan, I hate the idea of people associating me with a group like this.

May the Gods preserve the Craft. The true, oath-bound, difficult to earn Craft.